The choice is yours!

Bringing the Choose Your Own Adventure format into the digital age. And books. I'm shamelessly plugging the books I've written.

Writing is the art of painting yourself into a corner and then pointing to a trapeze that wasn't there a moment ago.

The stories on this page are free, but if you'd actually like to purchase some other things I've written, well don't let me stop you. 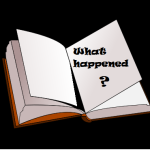 When we last left our hero

If you're not caught up with the story, click on the box above. If you are, what are you waiting for? Keep scrolling down. 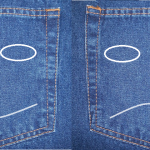 Seat Of Our Pants Audio

Radio dramas from my own theatre company, the Seat Of Our Pants Players.

October 17, 2019 by The Chosen Geek in Uncategorized | Leave a comment

The October nights are filled with the spirits of the long dead who wallk about the land seeking a weak willed mortal whose body they may control.

And speaking of “walkers”…

The Weekly Geeky – A long time ago under a full moon far, far away.

October 10, 2019 by The Chosen Geek in Uncategorized | Leave a comment

For over a thousand generations, these knights of the Republic have been the guardians of peace. But for this week’s question, peace is not on the menu.

In a battle to the death between a werewolf and a force-user, can the knight rely on his weapon of choice?

October 4, 2019 by The Chosen Geek in Uncategorized | Leave a comment

For our second Weekly Geeky, the question mixes Halloween and Sci-Fi.

There is a race of aliens who fly around in cubes. Apparently, resistance does not accomplish anything against them.

Imagine they came to an Earth infected with a plague of zombies.

Would they assimilate or be infected by the zombies?

Put your votes here, and comment. Or feel free to let us know what you think on Facebook.

And now, something new.

September 26, 2019 by The Chosen Geek in Uncategorized | Leave a comment

Choose Your Own Geekery is changing its focus. Long form stories where you, the reader get to vote on the next chapter are not sustainable. I will go into more detail at some point, but for now, we enter a new world.

Happy Thursday. For the foreseeable future, Thursday will be the home of The Weekly Geeky!

The Weekly Geeky is where you, the Choosy Geeks who make this site what it is, get to have your say in the sort of debates that I love thinking about. Some pop culture, some mythology, lots and lots of crossovers.

What we need is an example, and lo and behold, I have one!

A certain green muppet with ears has told us that the dark side is anger, fear, and aggression.

In another universe lives a billionaire in a bat suit who fights crime with those exact tools.

Should these universes collide, would the vigilante be seduced to the side of dark?

Thank you for joining me on this new era in Choose Your Own Geekery.

Our First Mixed Up Story Starter

May 9, 2019 by The Chosen Geek in Uncategorized | Leave a comment

Our first mixed up story is below. The categories chosen were: ALIENS and COLONIAL PERIOD

Please continue to add your suggestions for more story elements and genres to the list below.

And now, without further ado.

I write these words here in my own private journal for the simple reason that no one will believe them if I say them out loud.
This island was not here last year.
I make and study the maps we have. That is my task and has been since I apprenticed to the trade of a navigator. Also, I have been to these shores before. Not only last year, but on three occasions before. This New World is not so new that it should rebuild itself, but apparently that is what I face.

I will pass over my objections to setting out so late in the year. No one asked my thoughts on the matter, so on their own heads be the cold and ice. Sadly, I am with them, so it is on my head (in the form of snow and sleet) as well. The worst part for me to endure is the crew’s constant astonishment and remarking on the cold. We are well north of the colony on Plymouth, so I honestly have no idea what they expected, and I know it to be true many of them were here not so long ago.

It is in man’s nature to be curious. I know and understand this, but sometimes I wonder if curiosity is how Providence punishes the reckless.
We had been skirting the shoreline for days, with the same view all the time. To port, the landscape was white and filled with barren trees covered in snow. An outcropping of homes — be they English, Dutch, or one of the native villages — would occasionally sprout up, preceded by towers of wood smoke. Off starboard was an unrelenting ocean which stayed dark grey  all the way back to England as far as we could tell.

Yesterday morning we spotted the patch of green. Sleet fell steadily on our ship, and so to hear the lookout cry out “Green land ahead” made us, to a man, think the cold had gotten to the poor fellow. It was not long before we all stood on the decks with unbelieving eyes.

We sailed around the island which sat some four furlongs off shore from the mainland. As near as I can tell, it is a perfect circle rising in a dome above the sea. This alone was enough to make me desire to turn away from it. The Lord paints his islands in many shapes, but he uses a sort of geometry more elaborate than a table-maker.

Nightfall was not so far off. A boat was sent to land on the island. The men were there no more than a few minutes before returning. They spoke of heat which seemed to come from under their feet, and the grass they returned with is like none I have seen neither in this New World nor in England.

At the top of the dome sits a hut. I say that as though I have seen its like before. Good Captain Jones says he shall take more of us to the island at daybreak to see that hut. We sit now anchored off its shores and telling ourselves the low sound we hear is the ocean, no matter that we are men of the sea and have never heard water sound like that before. I am to be among those going to the hut, and I am much afeared.