Welcome, Choosy Geek! I see you’ve decided to come and buy some of my works.  Of all the choices you’ve made on this site, I think this is one of the best!

When Doctor Donovan spies thirteen-year-old Bobby fighting to keep a bully away from a younger child, Bobby is invited to attend Donovan’s Academy. The classes are intense, and it’s only with the help of Ivana, the brilliant (and just as arrogant) girl who’s been assigned to show him around, that he makes it through his first day.

But Donovan’s Academy holds a secret. Doctor Donovan (a former teen sidekick) is training the next generation of superheroes. When Bobby learns the real purpose of Donovan’s Academy, he’s thrilled but unsure he has a place there without powers of his own. Plus, how does he keep his pacifist mother from finding out about the martial arts classes (not to mention the girl with laser eyes)?

Soon, though, it’s time for him to find out if he’s a hero. Ivana’s supervillain father has come to claim her, and only Bobby can save her.

This is my homage to the comedies of William Shakespeare. Included are two versions — one short, one long — of the same play, written entirely in early modern (Elizabethan) English. Did you ever wonder what happened to Rosaline, the girl who rejected Romeo? Do you like happy endings, zany plot twists, and the occasional sprinkling of love at first sight?

If so, have I got a script for you: 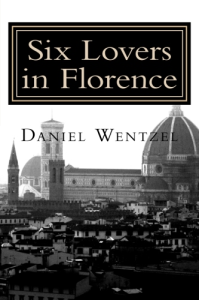 Click on the picture to go purchase the product from Createspace.

This site uses Akismet to reduce spam. Learn how your comment data is processed.